What's in a Pen Name?

A little explanation of my two names: Meg Murray versus Megan Maulsby.

Murray is my birth last name. Maulsby is my married last name. It's not a coincidence that the last names are so similar. My husband and I met in Kindergarten and back then, teachers arranged kids alphabetically. So I have the classroom seating arrangement to thank for how attached my future husband and I became to each other.

When I started writing seriously a few years after I'd been married, I realized I wanted to have the pen name that I'd envisioned as a kid. I dreamt of being a writer; of having books written by Megan Murray. 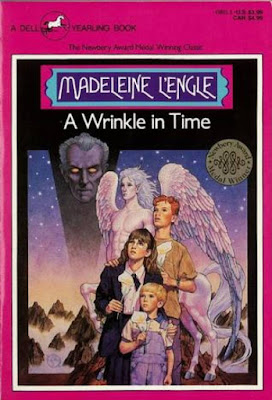 I credit my immense love of science fiction and fantasy to Madeleine L'Engle's A Wrinkle in Time series. I discovered the books as a pre-teen. Seeing a main character named Meg Murry who wore glasses and wasn't popular at school made me feel that the book was written for me. It was the first time I saw myself on the page. As much as I enjoyed Pippi Longstocking or Anne of Green Gables, I couldn't relate to them.

When I started focusing on trying to get published, I felt that using my nickname Meg was a nice tribute to Meg from the series. But I will keep the 'a' in Murray because little things like that are important to my Scottish clan heritage. (I believe the Murrys came from the Moray clan in the northeast of Scotland, while my ancestors are from the Murrays of Atholl--although they're probably all related if you could go back far enough.)

Shop your local indie bookstore for A Wrinkle in Time